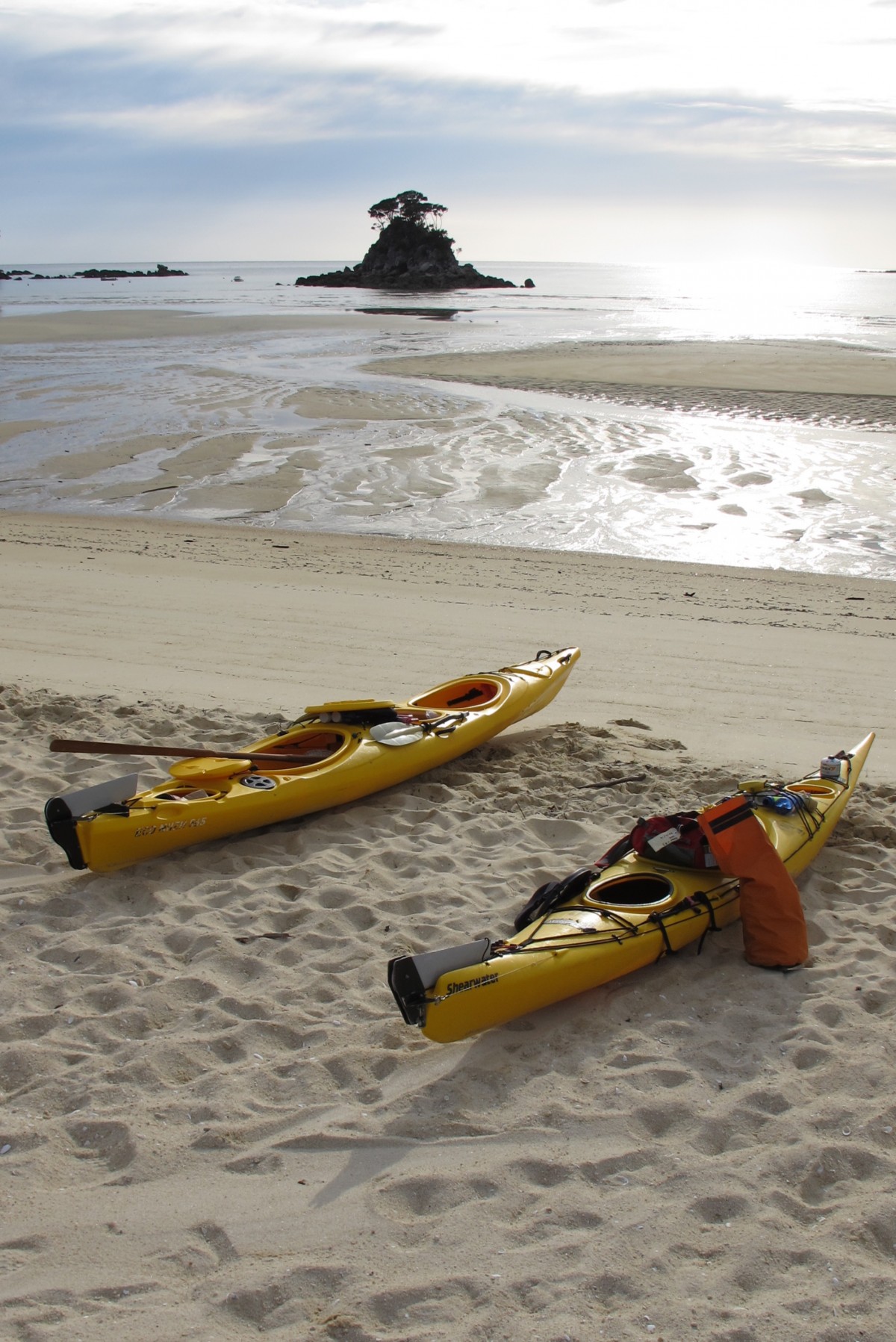 Our final day on the walk was again blessed with glorious weather.  Our steady walkers set off ahead.  They were followed by Dave, an independent-minded farmer from the North Island.  As on a number of occasions, he rather forgot to keep Connie in the picture and one of the memorable things about the walk was the frequent question, “Where’s Dave?”.

The route out of the Bay is tide dependent. We were leaving at nearly low water and so we had to walk across quite an expanse of sand and mud to make the crossing.  I had decided to do this in bare feet in order to keep my slip-on shoes, which had proved quite difficult to get dry and clean, free of sand and water.  Unfortunately, the path we followed was across a lot of shells and sharp stones and I soon fell behind the others.  So, plan B, put the shoes on.  Much less painful and I soon caught up again. 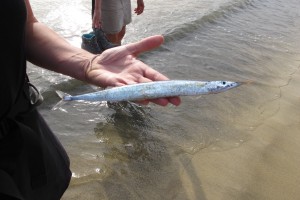 Early in the walk we came across a dead fish in the water which Curtis, the group’s fishing skipper, promptly identified as a garfish.  A popular prey for snappers apparently.

Another sighting was a bell bird.  We had heard them often during our NZ trip but, try as we might we had never been able to catch sight of one. This one was calling against another so perhaps he was a big less wary.  Even so, it was difficult to get a photograph through the foliage. 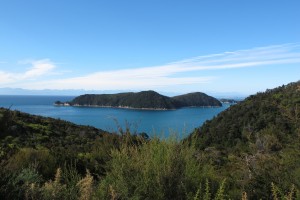 As we walked on towards Apple Tree Bay, which was to be our lunch stop, Adele Island came into view.  This was named by the French explorer Dumont D’Urville after his wife.  The island is said to resemble a reclining woman wearing a dress and crinoline. Not easy to see! Start on the left.

At Apple Tree Bay we were joined by again by Anna and Michelle, her kayak guide.  The beach was well served by an excellent example of the NZ “long drop”. After lunch our kayakers set off and paddled all the way to Kaiteriteri.

The walkers aimed for the edge of the Abel Tasman national park at the North end of Marahau bay.  Where there is a café which is a convenient place to wait for the coach back to Motueka. We all took the opportunity for a snack.

On the way back to Motueka we were dropped off in Riwaka to pick up our cars which were unharmed.  At Wilsons we handed back borrowed items, settled bar bills, had a final photo and then went our separate ways. We followed the coach back to the outskirts of Nelson, where we lost sight of them and then drove to Picton where we were to catch the Interislander ferry the next day.

When we got to Picton we went down to the ferry terminal to check out car return and boarding arrangements.  Everything was shut but we could see what we needed to do.  The motel was fine.  Unfortunately the restaurant was temporarily shut so we braved the cold wind to walk down to the supermarket to buy supper.