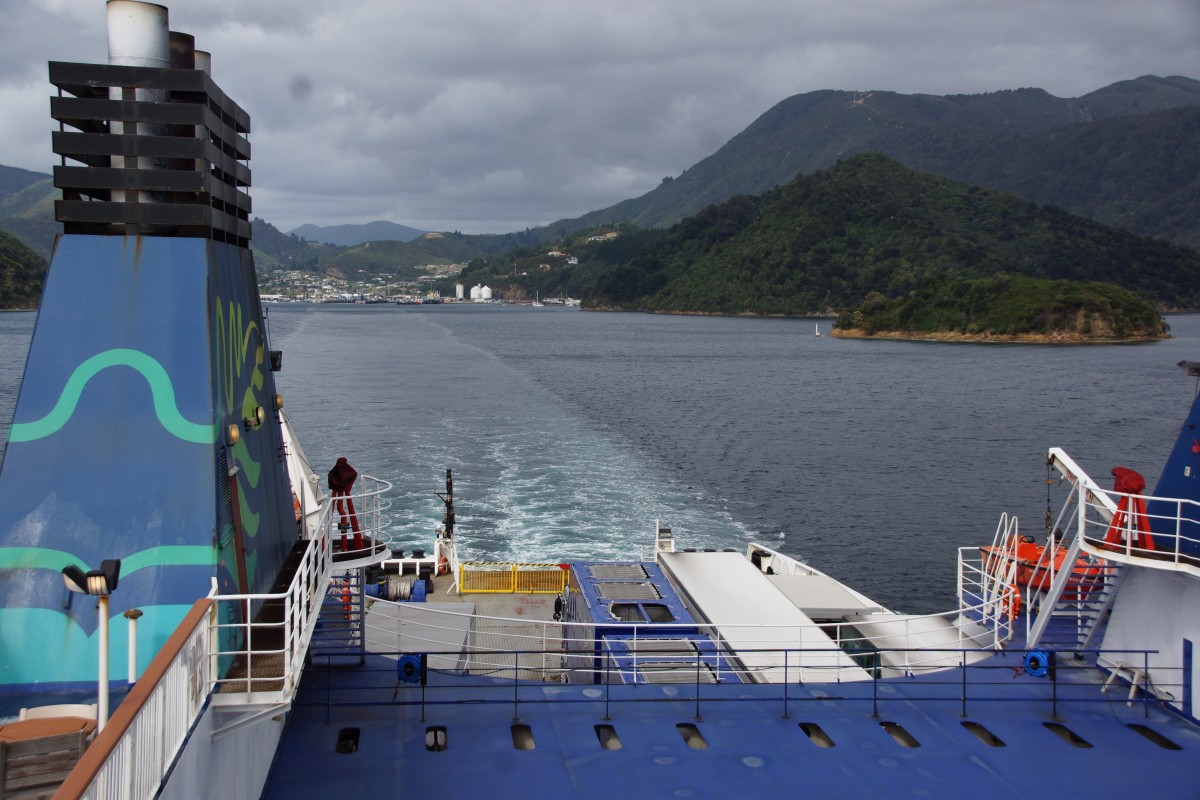 We dropped off the car at Avis as planned.  Or at least nearly so.  The vehicle was booked on a 21 day hire package and we were an hour or so early in trying to return it.  To change this meant recalculating all the hire costs.  Nobody wanted to do that. The solution appeared to be that we were given the hire agreement number and that we went into the office on arrival at Wellington where they would complete the hire and print out the paperwork.  A bit strange but it appears to have worked.
Having got rid of the car we checked in our baggage and boarded the boat.  We found ourselves a nice comfortable bit of saloon and settled down to the crossing.  The weather was better than the previous evening; the wind had dropped. But it was still pretty claggy and the sound wasn’t much to look at as we passed through.  We had definitely seen it at its best when we drove the Queen Charlotte Drive on our way to Havelock.

When we got to Wellington we took a taxi to the hotel and checked in.  For the rest of the afternoon we had a look round the town and visited the iSite to help in planning the rest of the visit.

When we checked in the hotel staff had said that we should be in the hotel lobby at 6.30 to meet up with the tour director. We went down and found a group which we approached, thinking it was ours.  No.  It was another tour.  Nev, our tour director, and three other people were in a different part of the lobby, hidden behind a pillar.  It was at this point that we discovered that the five of us were to be joining a tour group,which had already been together for a fortnight, touring the South Island.  The dynamics involved in joining a group like this are not easy and we wouldn’t choose to do it again.

In the evening we went out to the Hummingbird restaurant where we had an excellent dinner, included as part of the tour package.