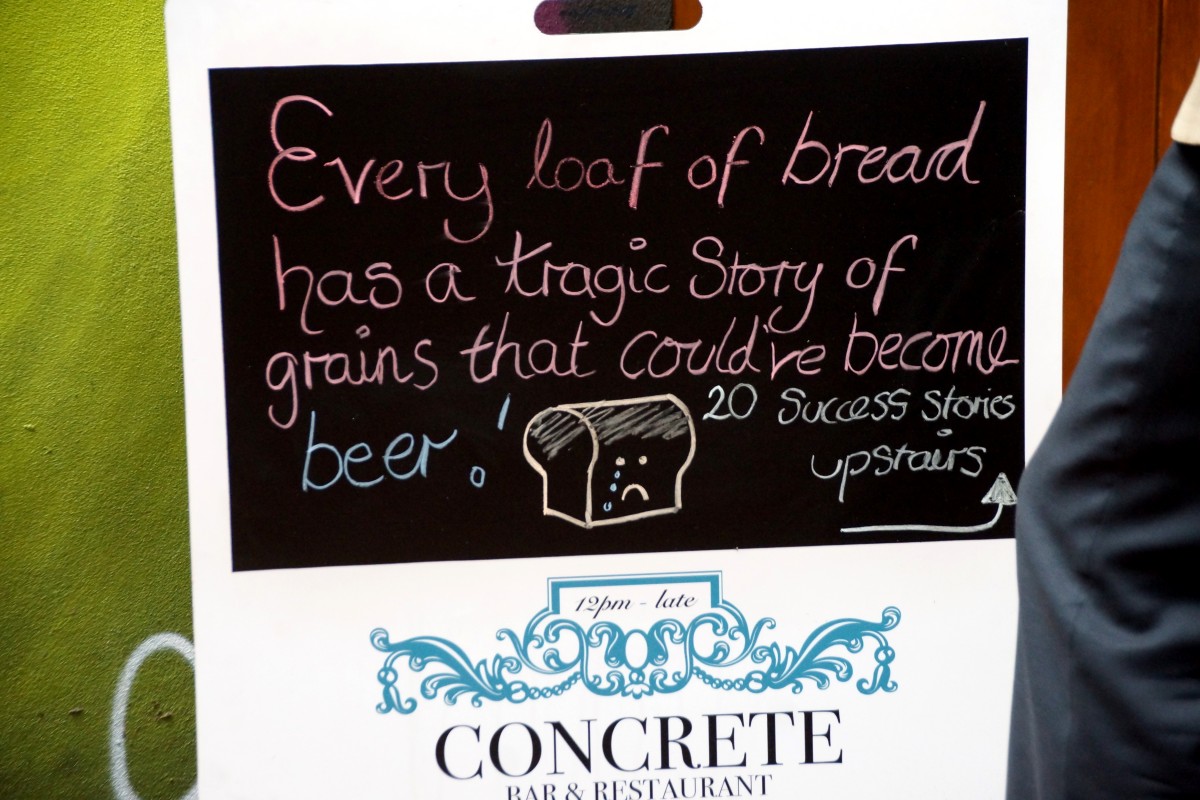 We had a day to see the sights of Wellington before the tour set off round the North Island. Our first excursion was a guided walking tour.  Two guides led two groups from the iSite at 1000.  We went down from the iSite, through Civic Square and, via a new bridge, onto the harbour front. We passed a basin where a group of youngsters were having canoeing lessons. A great day at school.

In days gone by the water front would have been bustling with commerce. Now it is a promenade area for the locals.  As we walked past warehouses, repurposed as shops and restaurants, towards the Harbour Board offices, now a museum, we were shown how the sea had been driven back to find more land on which to trade.

Walking on through the streets, our guide was adjusting the pace so that we were at the Old Bank shopping arcade just before 1100.  We were just in front of the other group which was fortunate as there was only limited room for groups inside.  The building had been the Bank of New Zealand HQ. It had been built on reclaimed land over the timbers of a ship which had been used by John Plimmer, one of the earliest merchants in the area, as the first jetty for the embryo town of Wellington. The ship had been covered when the land had been built up following an earthquake in 1855. Some of the ship’s timbers were found when the foundations of the BNZ were being dug. They are still preserved there.

When the BNZ no longer required the building it lay empty for some time until it was bought by developers and converted into the arcade which is there today.  The conversion has retained a lot of the old fabric and feel of the building.  One major attraction is an animated musical clock which, on the hour, every hour, shows four scenes depicting the history of the Arcade site.

From the Old Bank we walked down Lambton Quay towards the government area.  We saw a couple of pieces of street art. First a realistic statue of John Plimmer and his dog, Fritz, at the bottom of Plimmer Steps which lead up to the upper town.  Then “A Woman of Words” which depicts Katherine Mansfield, one of New Zealand’s greatest literary figures. Both enjoyable. 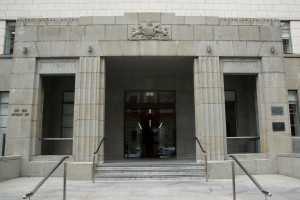 In the government area we walked past what had been the NZ Defence Ministry (the architecture is very reminiscent of MoD Main Building in London. 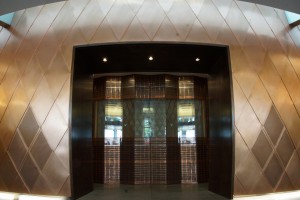 Then on to the Supreme Court building. As the court wasn’t sitting we were allowed inside. The building is striking with a copper interior which is meant to represent the kauri cone. 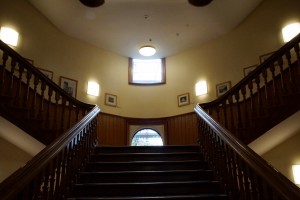 The next port of call was the Old Government Building. An amazing construction made out of wood.  Still in use by the Law Faculty of the University of Victoria.  And we were allowed to walk round part of it!

Old St Paul’s Cathedral is a tiny little building. Much too small for the main church in a capital city.  It was replaced as the cathedral in the 1960s but still remains a consecrated church.  A lovely place.

I contrast. the current parliament building is rather ugly, a bit like a castle keep.  What was interesting was that the “go” light on all the pedestrian lights around had a depiction of a woman dressed in Victorian dress to remember Kate Sheppard who led the campaign for women’s suffrage which meant New Zealand became the first country in the World where women had the right to vote in parliamentary elections.

We walked back through the bus station.  Integrated transport. 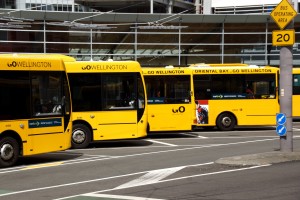 Then, as we made our way to the tram up to the lookout point above the city, I was able to look up and around and see the buildings.

Our afternoon ploy was to go up on the tram to the top of the lookout and walk down through the botanic gardens. We had seen quite a queue when we passed earlier (cruise liner in port) but by the time we got there, via a chemists to buy a new pair of sunglasses for Jane, it had quietened down a bit.

The tramway has a cross-over section in the middle where the up and down cars pass.  Apparently one of the sets of tram bogies is flanged and holds the rails. the other is flat and slides. Try as I could, I couldn’t get a picture of this.

After lunch in the cafe at the top, we walked down through the botanic gardens, calling at Lady Balfour’s rose garden on the way.

Once we had descended what was quite a steep path we went back to the bus station and caught a bus to a stop near Te Papa, the main national museum.  This is very well stocked but a bit confusing if you don’t know how it all works.  We were able to see the sections on the flora, fauna and geology of New Zealand and also the exhibition on the NZ forces at Gallipoli. This was almost overwhelming.  The exhibits included a number of 3x life-sized mannequins.  They were incredibly realistic. 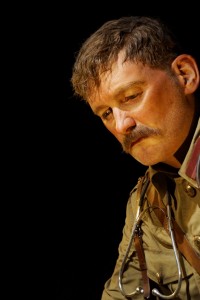 There was just so much to see.  Eventually we were weary and went to have a cup of coffee as the cafe closed.

In the evening we went back to the waterfront area to look for a restaurant.  We found the Crab Shack which seemed very well frequented so we went in on the off chance.  We must have been lucky because the maitre’d found us seats as another couple left.  Others who tried the same thing later on were not so lucky.  We had an excellent meal of shrimp (prawns) followed by crab and pasta.

Walked back to the hotel through the evening lights.