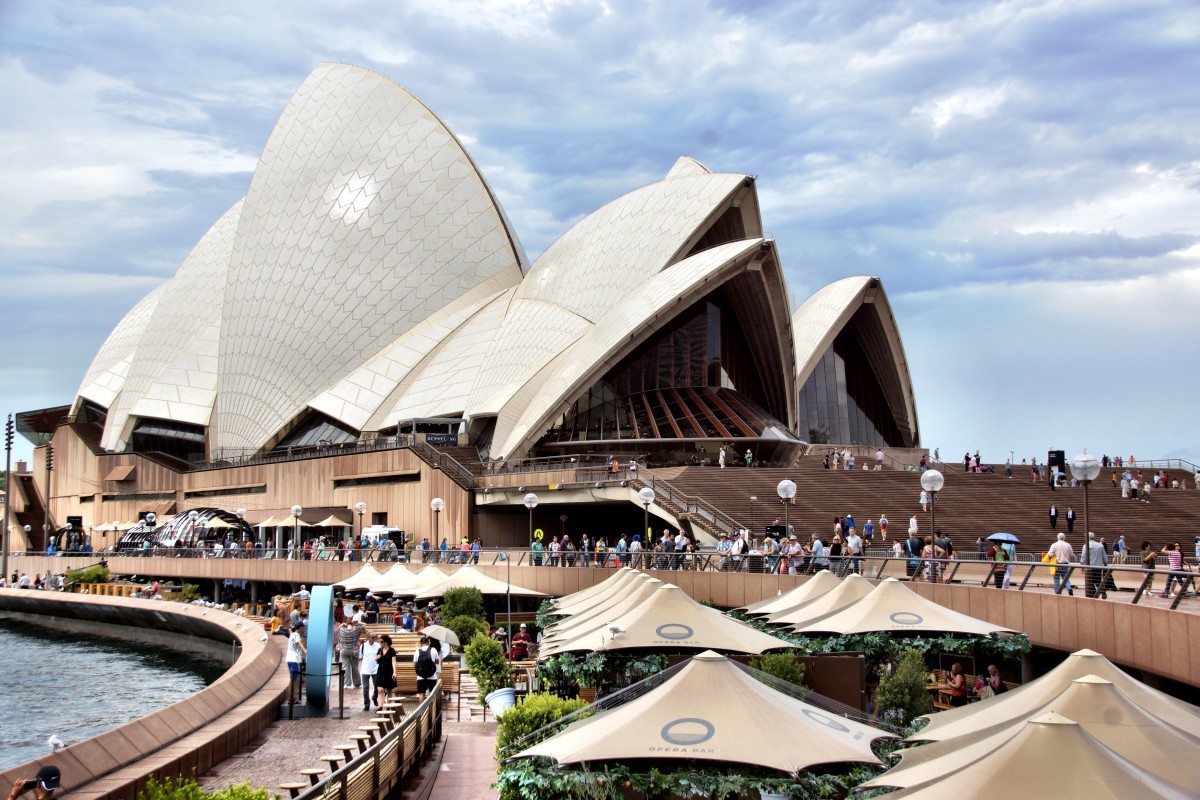 Arrived Sydney about 15 minutes late at 0745. But that wasn’t an issue since we had all day before the flight to Christchurch that evening. Bags were through ticketed so we just had to get ourselves out of the airport and a not town. We had e-visas and that system worked well. Booked through we went to the Qantas desk on the transit side to check in for he Sydney – Christchurch leg. No problem. We were allowed out of the transit side by a slightly confused Border Guard officer but she opened the door and directed us to the immigration line. Being honest citizens, we had declared that we had some of Jane’s exercise biscuits with us. Being naïve we didn’t think that meant we had to go through the red line. We found out that it did after a bit of queuing in the green lane when the rather bored officer there directed us to the back of the red lane queue for processing. Less than amused. The signing isn’t at all clear.

Once through immigration we set off to the city centre where we were meeting some of Jane’s distant cousins for lunch. The price for two return tickets $75 seemed quite pricey when compared to the Piccadilly Line to LHR. Exiting at Circular Quay our first stop was coffee.

Looking at the Sydney Harbour Bridge with a cruise liner in the foreground.what could be better? A couple of flat whites were just what we needed.

Then a quick look for a pharmacy to buy the anti-bug preparation we had been recommended to deal with the sand flies expected in NZ. Brilliant sunshine so we had a quick wander and looked at the Opera House from a distance before going to find Jane’s cousins Jen(ny), Alex and James plus Jen’s husband Karl and James’ fiancé in the restaurant they had booked .

Great to meet them and to talk family. 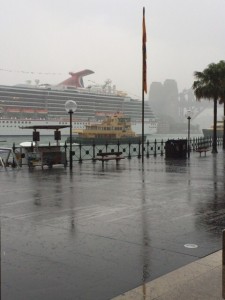 While we were in the restaurant the forecast T-storm arrived. It got much darker and than the skies opened, driving everyone indoors (where we were already). Then, as it had arrived, the rain departed and we had sunshine for a walk to the Opera House. 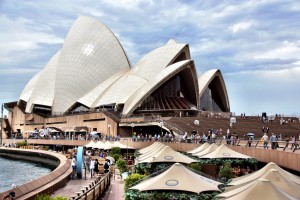 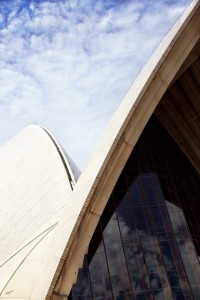 Finally, back to the airport for the onward flight.

One thought on “Sydney”