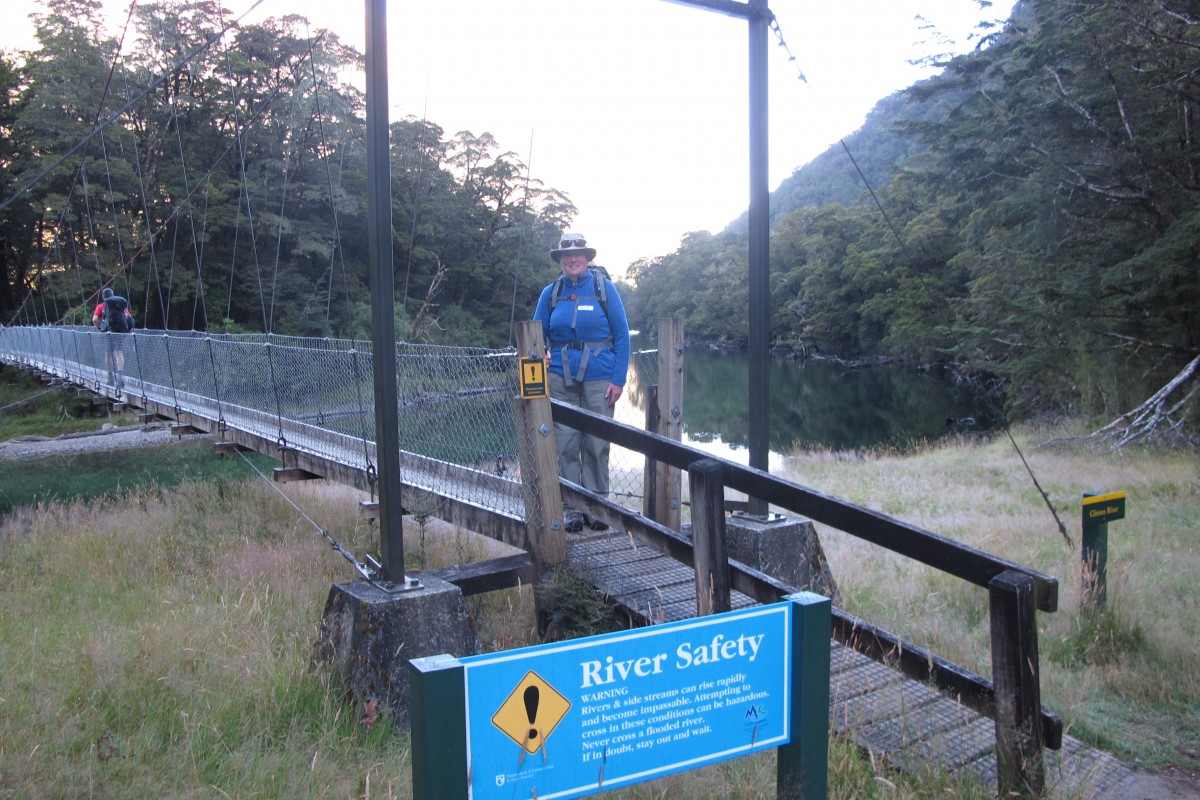 Day 2 was probably our favourite day on the Milford Track.  It was a 16km hike up a fairly gentle gradient.  Much like our usual day’s walking in UK.  By accident, we set out as part of the first party to leave the lodge, crossing the swing bridge over the Clinton River in the cool of the morning.  We entered the Beech forest.

Soon our first South Island bush robin flew over to investigate us.  Fearless of humans, they hope that you will disturb the ground and give them access to food. This one didn’t seem phased when my camera flash went off by accident.

Walking on at the side of the river we were lucky to see it bathed in bright morning light.  Then we came to an area called the Wetlands where this environment has been carefully preserved and a board walk built to protect it from people walking on it. Leaving our packs, which is an indication to guides and other walkers that you are off the track at that point, we took a short detour to have a look.

The track continued by the river which provided great views up to the point where it split into two branches, North and West.

The track goes up the West branch, past the Dead Lake which was formed when a land slip dammed the river.  We stopped at Hirere Falls hut for lunch. The associated “Long Drop” is a good example of that useful NZ construction.  Very soon after leaving Hirere we were given our first view of Mackinnon Pass which was our objective for the following day.

A couple of kilometres from the lunch stop was Pararie Lake which was deep and warm enough for the brave to take a swim. We had a paddle!

After the the pool it was just a short walk to Pomplona Lodge where we were to spend the night.  But before we got there we had to cross an area where a big rock slide had obliterated the track.  Not too difficult if you followed the orange DOC marker posts.