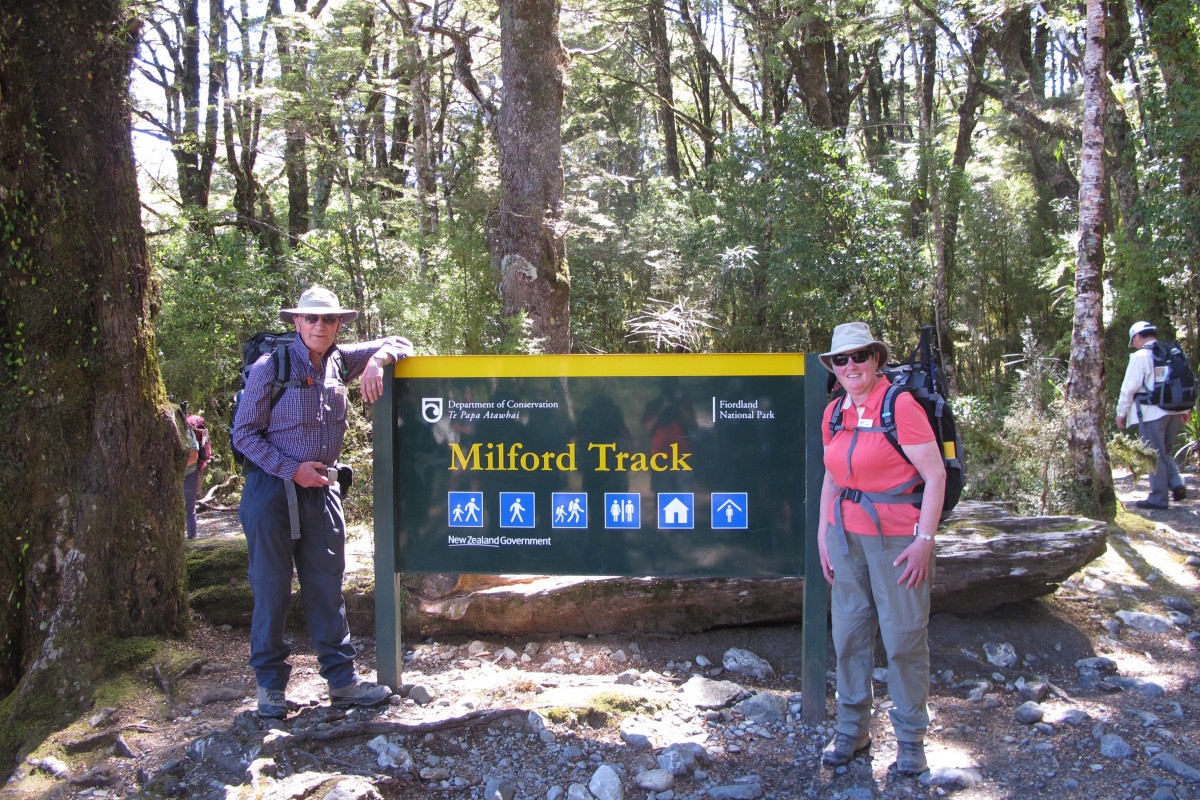 The first day on the Milford Track guided walk is obviously designed to break you in gently. Ours started early at 8.30 when we all reported at the Station Building in Queenstown to meet three of our guides, Brit, Fumi and Isaac.  Then, in what must be a well rehearsed operation, all the backpacks, extra equipment for the final night at Milford Sound and the walkers themselves were packed swiftly into the coach.

We then set off for the Te Anau, via Mossburn for a comfort stop.  Mossburn is said to be were the red deer industry started in New Zealand and this is commemorated by a sculpture of a stag in the centre of the town. From Mossburn we went on to Te Anau where we had lunch before moving finally in the coach to Te Anau Downs, on Lake Te Anau, where we were joined by Andrew, our fourth guide, who had just completed a walk with another group.

We all went onboard the launch which was to carry us up to the jetty at the head of the lake.  On the voyage we passed a small islet on which was erected a cross.  This was in memoriam to Quintin Mackinnon, the man who found the pass through which the track runs, who disappeared in about the same spot.

Having landed at the jetty we walked just under a mile to Glade House which was our lodge for the first night.  Group photograph taken, we split into smaller parties and were taken on nature walks to explore the surrounding area. We declined to take part in the group which was going to swim in the river. It looked far too cold.

Back at the lodge we enjoyed an excellent dinner, getting to know other walkers.