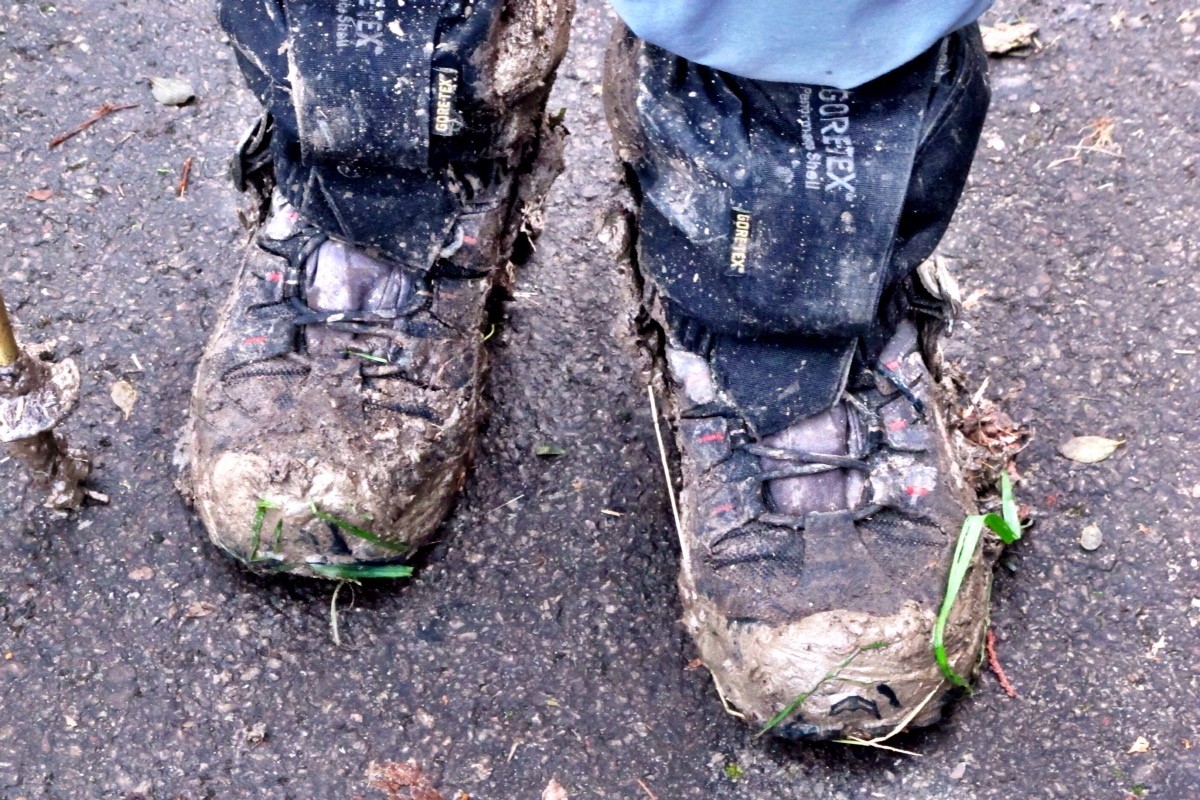 In preparation for walking in New Zealand we thought we should do a slightly more taxing walk here in UK.  The Hangers way between Alton and the Queen Elizabeth Country Park seemed ideal. Just over 20 miles with an inn providing B and B and good food at about the mid point.

So, train from Shalford to Alton. Would have been easy if the GWR Gatwick -Reading train had been on time.  And if the crossing gate at North Camp hadn’t been kept down to allow the late-running train to pass through. But with a bit of a detour and some fast walking we were back on track (literally) at Ash Vale and into Alton at just after 1100.

A bit of nostalgia but no time to investigate.  Out of the town and over the A31 before a steady plod up over a field sown with rape. Mud clinging to the boots made it quite good exercise.

The way continued over muddy fields until we approached the village of East Worldham.  The track led behind the village via a view of the church and rather a nice house.  Then down and out across grassy fields. Fortunately it was still cold and the wet ground was quite hard.

Still wet underfoot but all going well until, at Candovers, there was a Hampshire County Council notice saying “Path Closed”.  Not good with no obvious diversion.  Fortunately this was one of the places where a mobile signal was available and a call to the Countryside section eventually elicited the information that it was only the by-way which was shut for resurfacing.  Walkers just had to climb around the locked gate and keep walking.

After a few hundred yards we came across a bullock in the middle of the path. He stayed immobile as we approached and it was obvious that he was lame. So we diverted round him too.

Then more path and some wet and muddy bits until, having seen almost nobody all morning, we came across a class of children and teachers having what was obviously a biology lesson in the stream below Selborne. It looked like they were having a great time.

Selborne has public conveniences so where better to stop for lunch?  But the car park isn’t very inviting really. 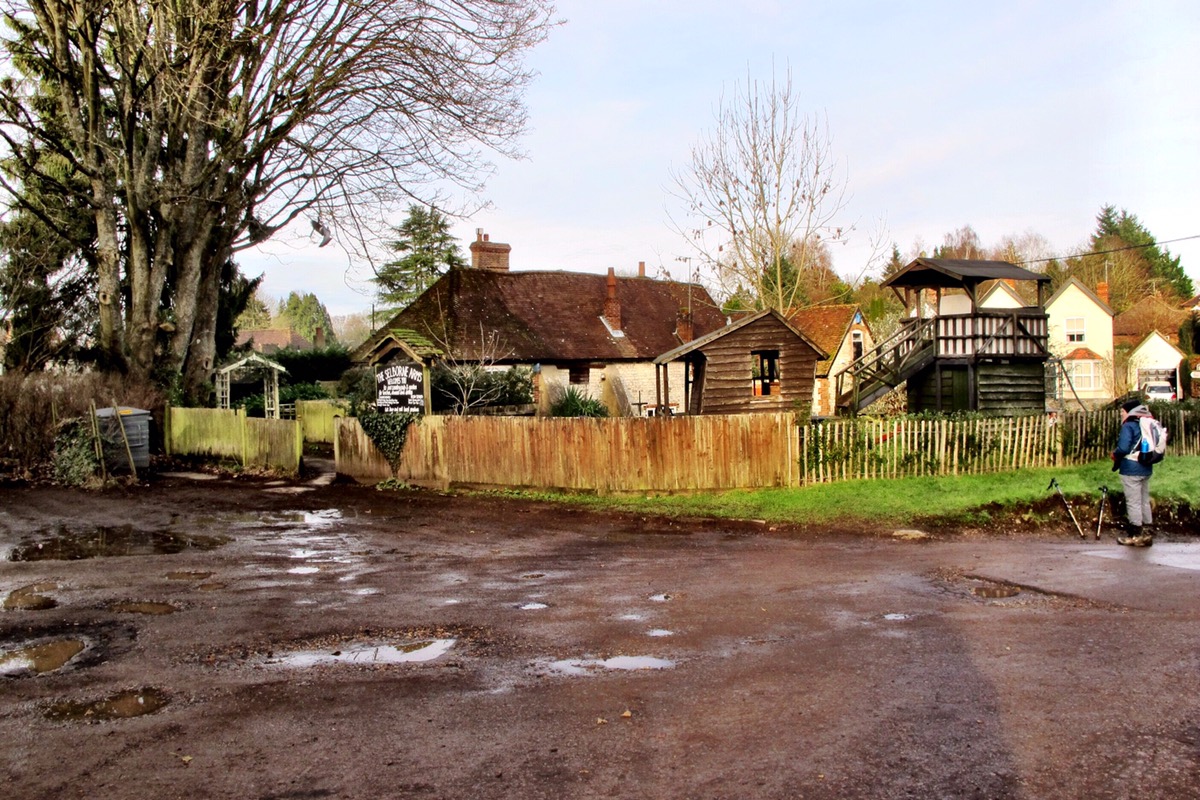 After Selborne we were back on the familiar section to Hawkley. Up onto Noar Hill; quite steep and muddy from the top of the made-up track. And the mud continued from there all along the hanger paths, culminating in a serious plod across a very muddy field with a huge puddle across the track on the approach to Hawkley.

We reached the Hawkley Inn at about 4.15. It was shut, but we had expected that.  It was better to arrive early rather than stumble around in the dark to make an ETA after the pub had opened. We had a small picnic and tried to hide from the wind which was growing colder.  The wait was enlivened by the delivery of the inn owners’ dog food; the pet shop owner who was making the delivery was unable either to locate their cottage or achieve sufficient mobile signal to talk to someone who knew.

Eventually we checked in at just before 5.30. Comfortable accommodation. Excellent food. A working wi-fi would have made it even better. (What the modern traveller expects nowadays.)