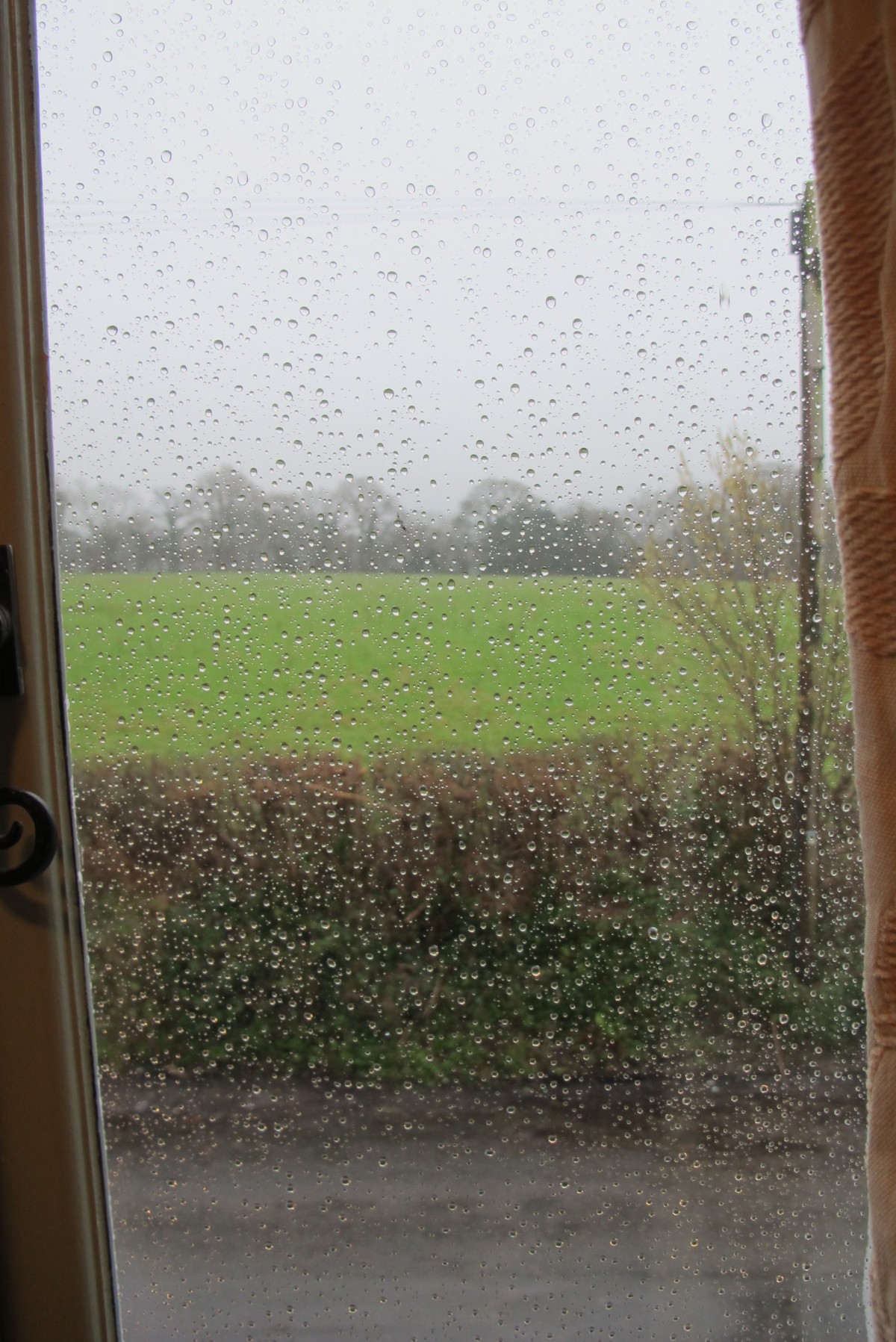 After the previous day’s bright, crisp walking, listening to the wind and rain overnight we knew we were in for something different . Looking out of the window in the morning confirmed this.  But we were fed a very hearty breakfast which fortified us for the day ahead. The Hawkley Inn had lived up to our expectations from previous visits. Recommended for a meal or a stop-over.

Well wrapped up against the weather, we set off South from Hawkley, only pausing to collect our gloves which we had left inside. After Oakshott there was a steep climb up Weatham Hill. Wet and misty at this point. 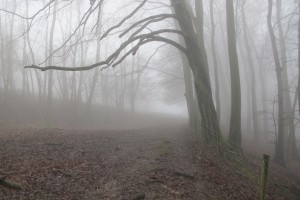 This continued as we turned at the top of the hanger rounf towards Shoulder of Mutton Hill. Descending from there wasn’t fun – the chalk under the top soil was very slippery.

The track took us down through trees with quite a substantial stream running through into a series of ponds and on down to the Oakhurst Farm area. In summer it would be very pretty; at this time of year you can see why it might be difficult to get flood insurance.  Then up through a muddy wood until we reached Steep where we took shelter under the lych gate to have a quick snack. The parochial dust bin was useful too.

Steep took us down past Bedales School which looked pretty quiet. The only people we saw were what looked like a couple of the cooking staff having a cigarette near the path, at the edge of the school grounds.

Over the A3 and into Petersfield – still raining. Once in Petersfield the signs for the Hangers Way stopped so we went into the tourist information office (aka the library) to ask for directions. Having said that we had the standard brief description of the route we were given directions. The woman said that it would be muddy. Can’t be worse than what we have done already we said.  Wrong!  We waded through mud and standing water and after several hundred yards realised that we were not on the Hangers Way. After reading the map, more wading and moving some Herras fencing we eventually regained the right track.

The walk up the valley to Buriton was not pleasant. It was along the side of a slope and very slippery. But the village itself is lovely. An old manor House, church and pond. A sunny day would make it perfect.

It took a short detour and a kind driver to put us on the right track but it was then a fairly simple walk to the Country Park. Here we were met by a knight in shining BMW, our friend

Mark Harvey who (after we had removed boots and other mud-caked clothing) fed us coffee and cake before transporting us to Petersfield station to catch the train back to Guildford. He would have taken us home if we hadn’t already bought the tickets. 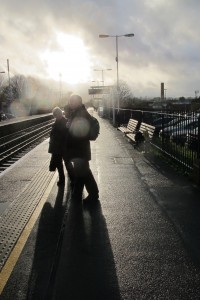 Of course, the sun came out!!