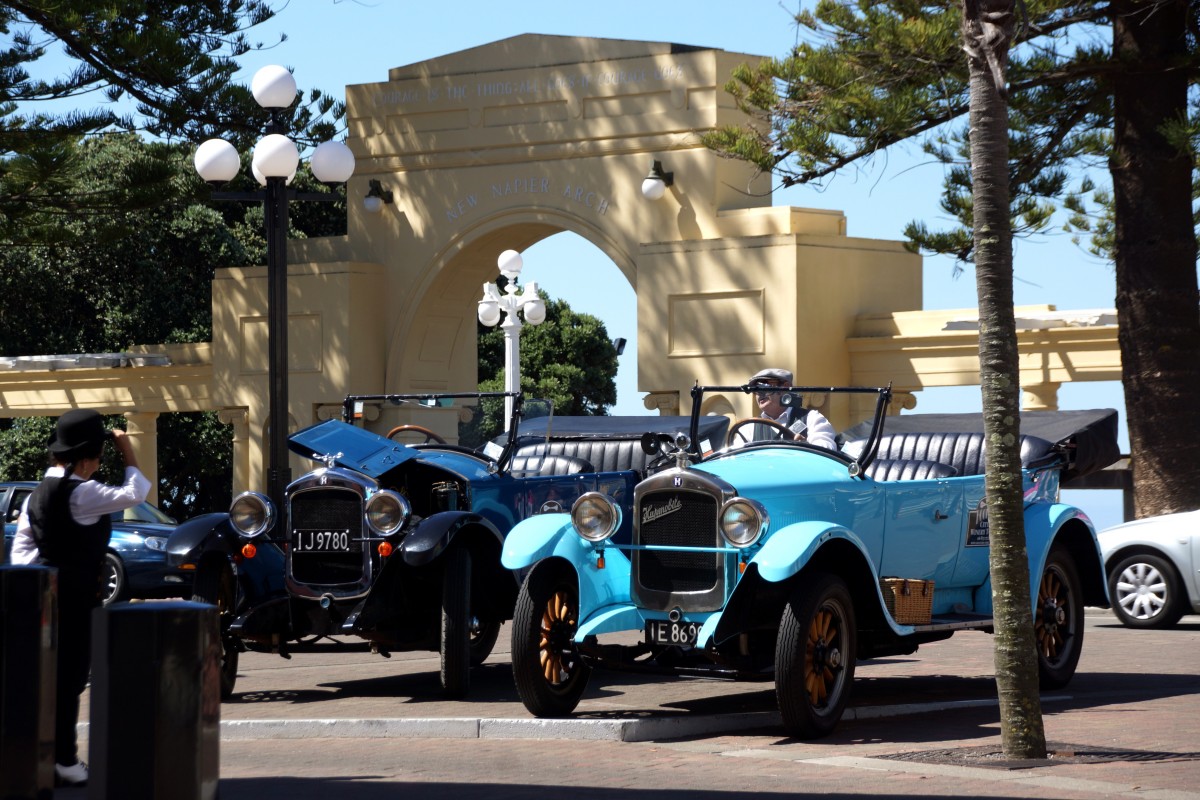 Napier is 319 km and about 5 hours from Wellington up SH 2. So we set off bright and early. Our bags had to be outside the room door at 0700.

We had been allocated our seats in the coach . A plan showed where they were, spread fairly randomly around. The idea was that you moved one number up on each journey which meant that you moved around and didn’t become territorial.  This worked pretty well over the next 10 days.

As we left Wellington in brilliant sunshine the roads were pretty clogged. A bit of a shock after the sparse traffic over most of the South Island. Typical commuter traffic. But not bad when compared to UK.

On the way North we stopped at the Pukaha Mount Bruce National Wildlife Centre. It has a cafe. Where in NZ hasn’t?. And we were expected (it is obviously one of the places the tour director uses frequently) since we were offered the option of waiting while fancy coffees were prepared or self-help filter coffee. No need for a decision.

Filter coffee in hand we went outside to look at a grassy area behind the building, on the edge of native bush, where two takahē were expected to appear. The takahē is a blue, flightless bird, a bit bigger than a hen and found only in NZ.  They had been thought extinct but were rediscovered in the 1940s. Since then they have been helped to breed in protected areas in order to increase numbers.  Mount Bruce has a protected habitat although the birds are too old to breed.  At about 1030 the birds appeared.  Perhaps this had something to do with the fact that they are fed at that time?

While outside we were pestered for a time by a couple of kākā which are a type of parrot and one of the species in the Mount Bruce reserve.  The Centre is also home to kiwi and eels in its inside displays.  We gave those a miss.

We arrived at Napier at about lunch time, getting off the coach on the seafront by the iSite. We were sent off to find our own lunches before being split into groups and taken on guided walks by members of the Napier Art Deco Trust.

Napier today is the direct result of the devastating earthquake which struck the Hawke’s Bay region of New Zealand at 10.41 on 3rd February 1931.  This remains the countries’ most deadly natural disaster, killing 256 people, 162 in the city of Napier.  Almost all the buildings in the city were destroyed and the sea bed rose 6 feet in the surrounding area, creating more than 5000 acres of new land.

Following the earthquake the city had to be rebuilt. Government commissioners were appointed and the new buildings were constructed in a quick, earthquake-proof form as reinforced concrete boxes. Decoration was in the Art Deco style which was then fashionable. Although some redevelopment took place, much of the Art Deco city remained in place in the 1990s when its architectural importance was recognised and it was protected. Since then development has often included restoration of Art Deco features and the city is one of the most important examples of this architecture. We enjoyed the walk round (and the photo opportunities it offered)

After the walk round we saw a film about the earthquake at the Art Deco Trust centre before being taken to an hotel for afternoon tea.  This was a little under-whelming and we didn’t want to eat much since we had arranged to meet Dick and Carol Tuschick, our American partners in AMAROK, for dinner later. They were touring NZ in a camper van in which we later discovered they have a share. (Hmm.  Sounds an idea.) As we were walking back to the hotel to prepare for the evening who should pop round the corner?

They had parked their camper van in a free park just up the road from the hotel. We had a look later.  Might almost tempt us to try motorhoming at some future stage. 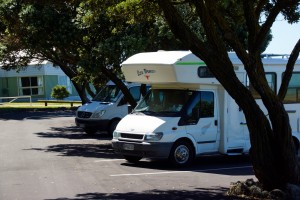 We had an excellent meal at Indigo, an Indian restaurant which we had found which had good Trip Advisor reviews. Justified in our view. It was great to catch up with Dick and Carol, particularly as we won’t see them in the boat this year.