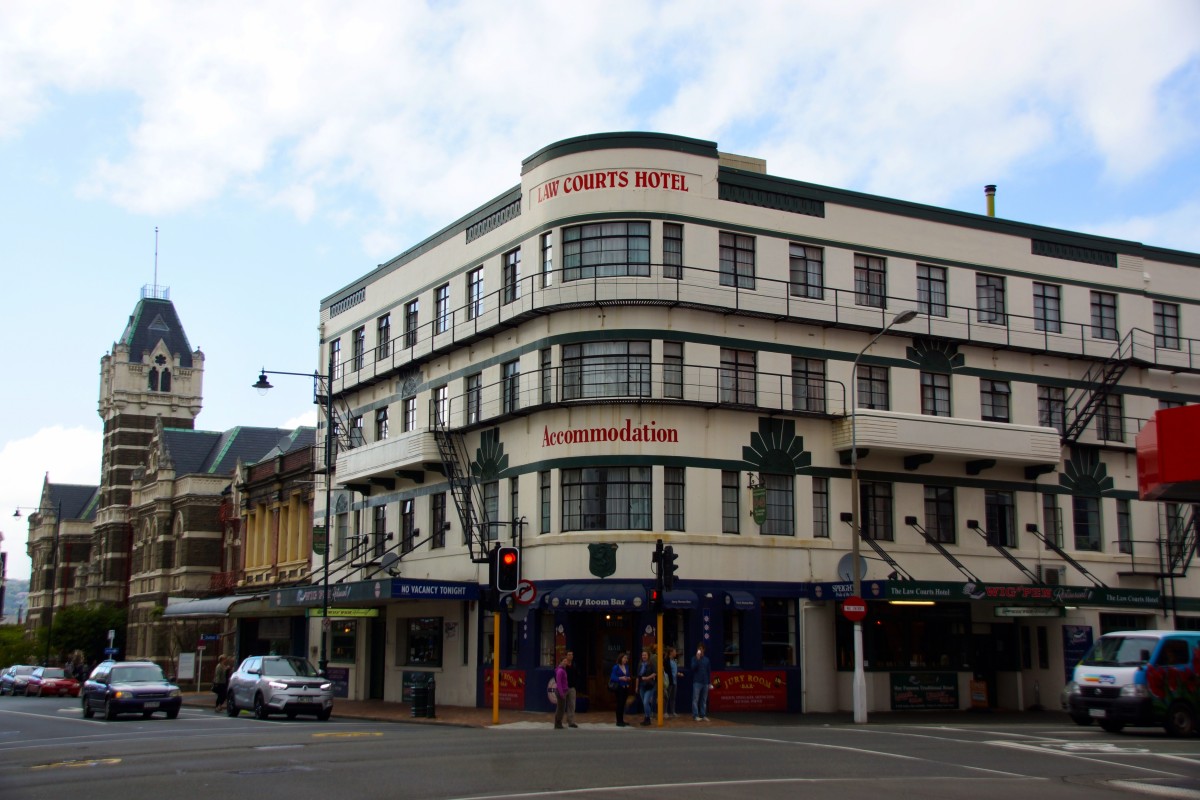 Friends have said that Dunedin was a bit of a waste of time for them.  I have to admit that it has not been the most exciting place we have visited in New Zealand but for us it has been worthwhile.

Our main reason for coming to the city was to try to get help in finding out something about the people in a photograph, handed down through my paternal grandparents, taken in the last part of the 19th Century. We knew that NZ genealogists were available in the Dunedin library on Friday and Sunday afternoons and had timed our visit accordingly.

So we had a morning to fill and thought that the Taieri Gorge return rail journey would be a good use of the time if we could get seats at the last minute. Trains leave at 0930 so we turned up well in advance, about 0830, and were able to buy what were said to be the last two tickets.  There was then time for a bit of a walk around the station and its surroundings before we boarded.

When we boarded we were in a comparatively modern carriage.  Even so, it had plenty of old fashioned character.

It also had no viewing platform so there was a small viewing car just forward of it. Nothing like the size of the dedicated cars in the TranzAlpine. On the outward journey I tried to use this but it was very crowded.  On the way back I went to one of the older carriages which had an open section at either end. More successful.

The rail track follows the course of the Taieri River up onto the plain near Pukerangi.  On its way it passes over the Wingatui Viaduct, one of the longest wrought iron structures in the Southern Hemisphere.

At Hindon we waited until an earlier train, laid on for the passengers in a cruise liner which had berthed at Dunedin, passed on its return journey.  Both there and at Pukerangi locals had set up stalls to sell art and produce.

Our train should have been back in Dunedin by 1.30 but, due to the wait for the cruise ship train, it was nearer 2.30 when we arrived at the platform.  We made our way to the library where both a librarian and the genealogist were able to help us in our quest.  A thoroughly worthwhile day.

The following morning we had decided to visit the Otago Settlers Museum which is near the station. We arrived bright and early at 9.00 to find that it opens at 10.00.  So we went for a wander round the craft market which was being set up in the Octagon in the city centre, had a cup of coffee and looked at some of the great old architecture before the museum opened.

The museum was really interesting and we could have stayed much longer but we had to move on. But before going North we wanted to see Larnach Castle, the only castle in New Zealand. So we drove out along the peninsula, past familiar places such as Portobello. Unfortunately Larnach has no reciprocal arrangements with the NT.  Entry is $NZ30 per person to the house and gardens and $NZ15 to the garden only.  We opted for the garden!

Finally, we had to see Baldwin Street which is claimed to be the steepest residential street in the World.  It looks a pretty good angle, although we didn’t have time to climb it.