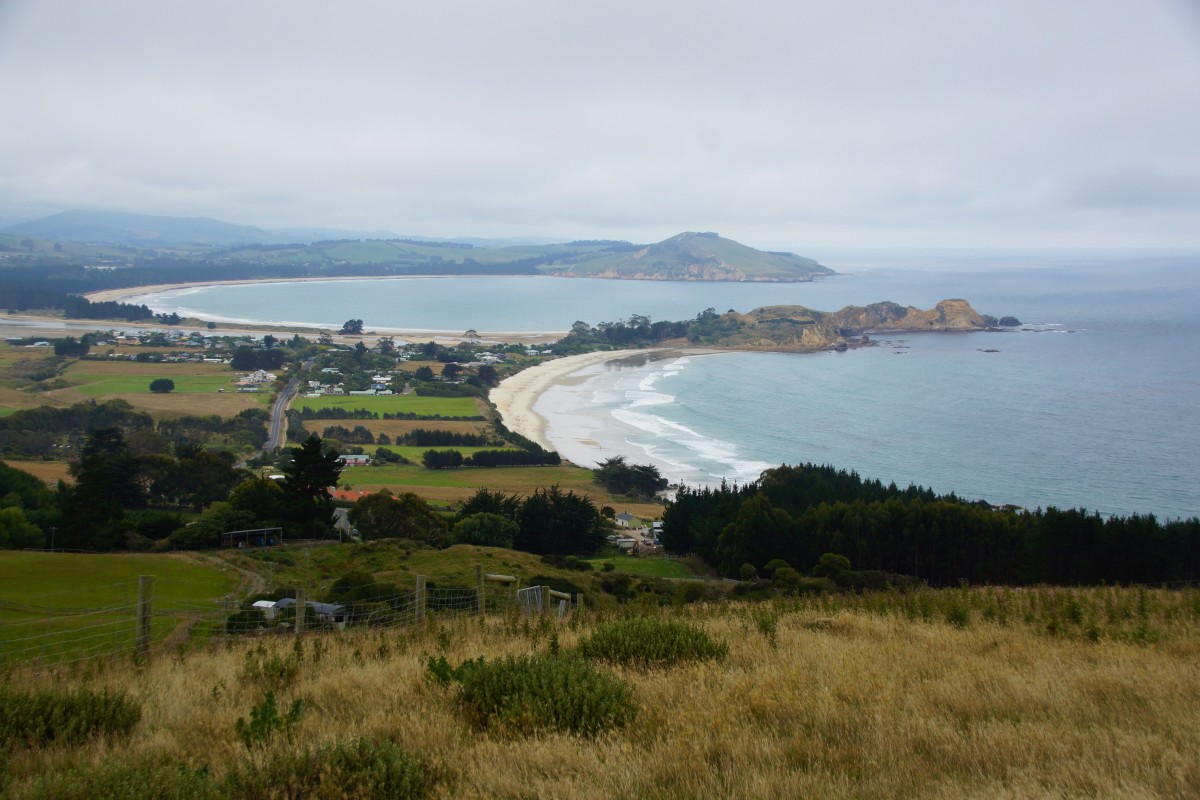 Leaving Dunedin, our target for the day was Oamaru where we planned to see Little Blue Penguins come ashore that evening.  We decided to hug the coast as far as possible as we went North. 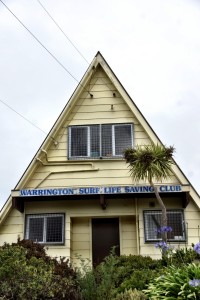 First stop was Warrington (not a bit like its English counterpart) where we went past the surf life saving club hut down to the beach.  The notice boards told us how to behave if we encountered any seals. Alas, it didn’t appear to be seal season. Ate lunch and proceeded North, crossing and re-crossing the railway track as we did so.

We stopped at a lookout which gave us a good view up the coast towards Oamaru (see featured image).

On the way North we wanted to see the boulders at Moeraki. Before we got there we passed Shag Point which had a seal colony.  We turned off the main road and made our way down there.  On arrival in the car park we were met by a very alert red-billed gull.  A short walk down to the rocks and we saw a number of fur seals

As we drove back along the track to the main road we saw an old Standard Vanguard estate parked by a house with foliage growing up round it.  A photo opportunity not to be missed.

On up the road to Moeraki.  We went down onto the beach.  The guide says that the Moeraki Boulders are best viewed at low water.  It couldn’t have been lower but somehow a blue sky, a bit of sunshine and a few splashy waves would have improved things.

When we arrived at Oamaru we checked into our motel and went down into the town to investigate viewing the Little Blue Penguins. No problem, plenty of seats in the regular viewing area.  Come back in time for 8.15.  Wrap up well and recommend taking a seat as high up as possible.

So back to the motel, early supper in the attached restaurant and back to the penguin colony to follow instructions.  We ended up sitting next to a retired dentist from Watford and his wife and had a good chat with them.

Unfortunately no cameras were allowed so no photos. But we sat and waited, entertained by the antics of a fur seal which swam offshore and then paraded up and down the beach.

At last we saw our first raft of penguins.  They charged ashore through the small surf and then waddled and hopped quite slowly up the beach and over the rocks.  Once at the top most made their way through the two channels through a barrier fence, intended to make them pass close to the premium seats, on their way to their burrows.  They then congregated underneath the walkway, apparently to have a bit of a chat about the day’s fishing, before making for home. We saw some waiting, and even going back down the beach, apparently for their mates.

By the time the show was over we had counted more than 80 penguins. The official total was about 77.  Perhaps we had been too eager.  Although the management of the colony is somewhat artificial, the returning of the Penguins to exactly the same beach after hunting perhaps 50km out to sea is entirely natural and a great thing to witness.