Arriving in to Christchurch airport at just before midnight we were met by our booked driver and transported (and given a few NZ hints) into town and to the Chateau on the Park where we fell into bed and slept solidly until dawn.

After a late breakfast we decided to walk to the railway station to check out arrangements for our TranzAlpine trip. On the way we saw that the local hospital had adopted a parking strategy and pricing which might lend itself to the Royal Surrey.

Christchurch is a nice little station but hardly over utilised. Like all railway companies, fallen staff are remembered

We then went to a nearby outdoor activity store to buy a sun hat. Then, walking back towards town by a slightly circuitous route we stumbled on an old-fashioned cobbler’s shop.

Just what was needed since Jane’s handbag strap had become detached. “Which day would you like it? the cobbler asked. “Now” we replied. “We are leaving soon”. “Well, come back in 15 minutes”. That gave time for a visit to a great café over the road for another round of (skinny) flat whites. Very well frequented. It must have its offering right.

Walked on into town through what looked like an emerging area 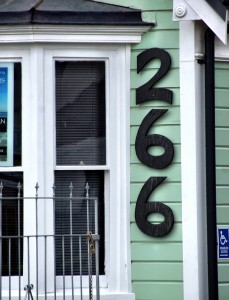 And past some really good graffiti. 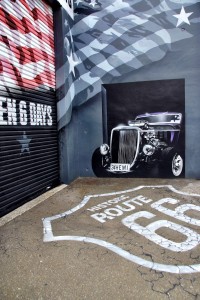 The route to town took us over the River Avon which offered punt trips.  We decided against and walked on, admiring the Edwardian costumes.

The Tourist office (called an iSite in NZ) at the Christchurch museum and booked a few local attractions. The first was the International Antarctic Centre. 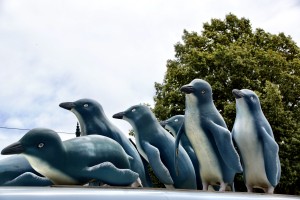 A coach was due to leave from just outside the museums not a few minutes time and so we sat and waited. Soon a small coach, surmounted by plastic penguins turned up and we got on. With us was a Chinese family -mum, dad and a son of about 8. The lad had really good English. I’d be staggered to meet a similar British child with a good command of Mandarin.

The Antarctic experience started with a 10 minute ride in a Hagglund, a Swedish amphibious vehicle which the New Zealanders use at their bases. It has two cabins, multi-track drive, can swim, is articulated and copes with very steep angles. It is also very noisy and hideously uncomfortable on hard ground. Suppose it might be OK on snow.

Feeling slightly queasy, we were then sent to the Antarctic Storm room. Here we were dressed in waterproof coats and overboots before entering an ice cold room which had some real snow compacted around. The lights were then turned down and large fans started to simulate the effects of a storm. It felt very cold and we were glad to be released back to the warmth outside.

Penguin feeding started at 3.30. There is a small colony of Little Blue Penguins. All 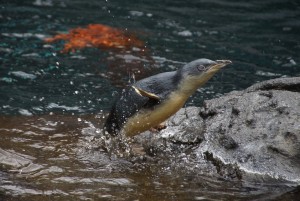 have suffered some injury in the wild and have been rescued to the centre. Most are agile in the water and have no difficulty taking the (caught in European waters, frozen, freighted and then thawed) sprats which they are fed. Some have beak injuries and are fed by hand while one is terrified of the water and so needs to be put in every so often to bathe. She doesn’t linger there long and leaves like a rocket.

At 4.00 we experienced what was billed as a 4D movie of a cruise to the Antarctic. That’s 3D with water to simulate spray and soap bubbles to make (quite realistic) snow flakes. The cruise is now on the bucket list! As the last free bus to town was due to leave at 4.30 we cut the visit short slightly. With typical NZ consideration, our driver made a short detour and dropped us off at the hotel.

The following day (Sunday, Jane tells me. The days of the week are still a bit of a muddle) we walked across Hagley Park, the large and very pleasant green space alongside which the hotel sits, into town. 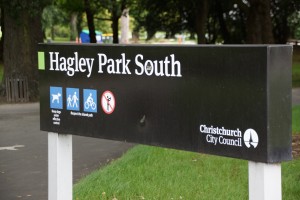 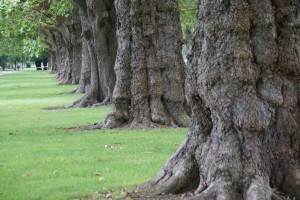 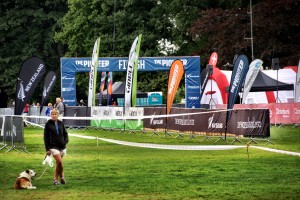 As we walked over the park it was clear that preparations were in hand for some sort of event and just before we got to the town we came across the end position for “The Pioneer” which is “an awe inspiring seven day mountain bike stage race through New Zealand’s pristine Southern Alps”.  Still some time to go before it got into full swing. As ever, the air was full of the sounds of cicadas.

We jumped on a tram (our second sight-seeing ticket) and were taken on a tour round the city. 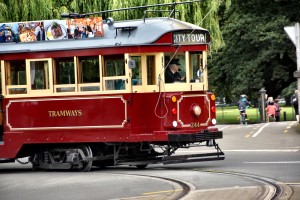 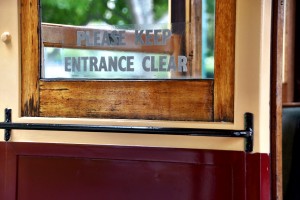 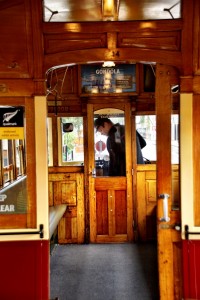 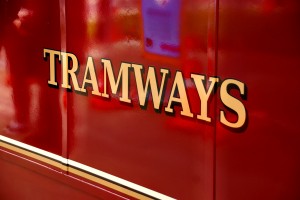 Despite the driver’s commentary, it was very difficult to comprehend the earthquake damage suffered by what was obviously once a lovely city.

The tram brought us to the museum to wait for the bus up to the Gondola base.

When it turned up the driver found that his allocated slot was taken so he parked elsewhere and had a short ferret round to see whether he could find the culprit. No luck, so he hopped back onboard and drove us to our destination.

A short ride brings you to the Gondola summit station at the top of the Port Hills which has spectacular views of the city and of the port of Lyttleton on the other side of the peninsula. Looking down at the port there was a familiar sight – HMS PROTECTOR. Probably on her way home after the season.

We took a walk for about an hour, down to a road leading away down the hill, closed due to rock falls, and watched para-gliders hurling themselves off a cliff and twisting gently down to a sports field below. Despite it being overcast, the UV was stronger than we expected and we were a little red at the end.

Dropped back in town we had a bit more of a walk around to see some of the seeds of reconstruction.  A part of the tram journey had been through a major construction site and businesses have sprung up in a container mall.  Established businesses are also pressing on.

Once we got back to the museum, we walked through the botanic gardens to the hotel. Through some lovely plants and serenaded by a pop concert hosted by the local radio channel. A great way to end the day.