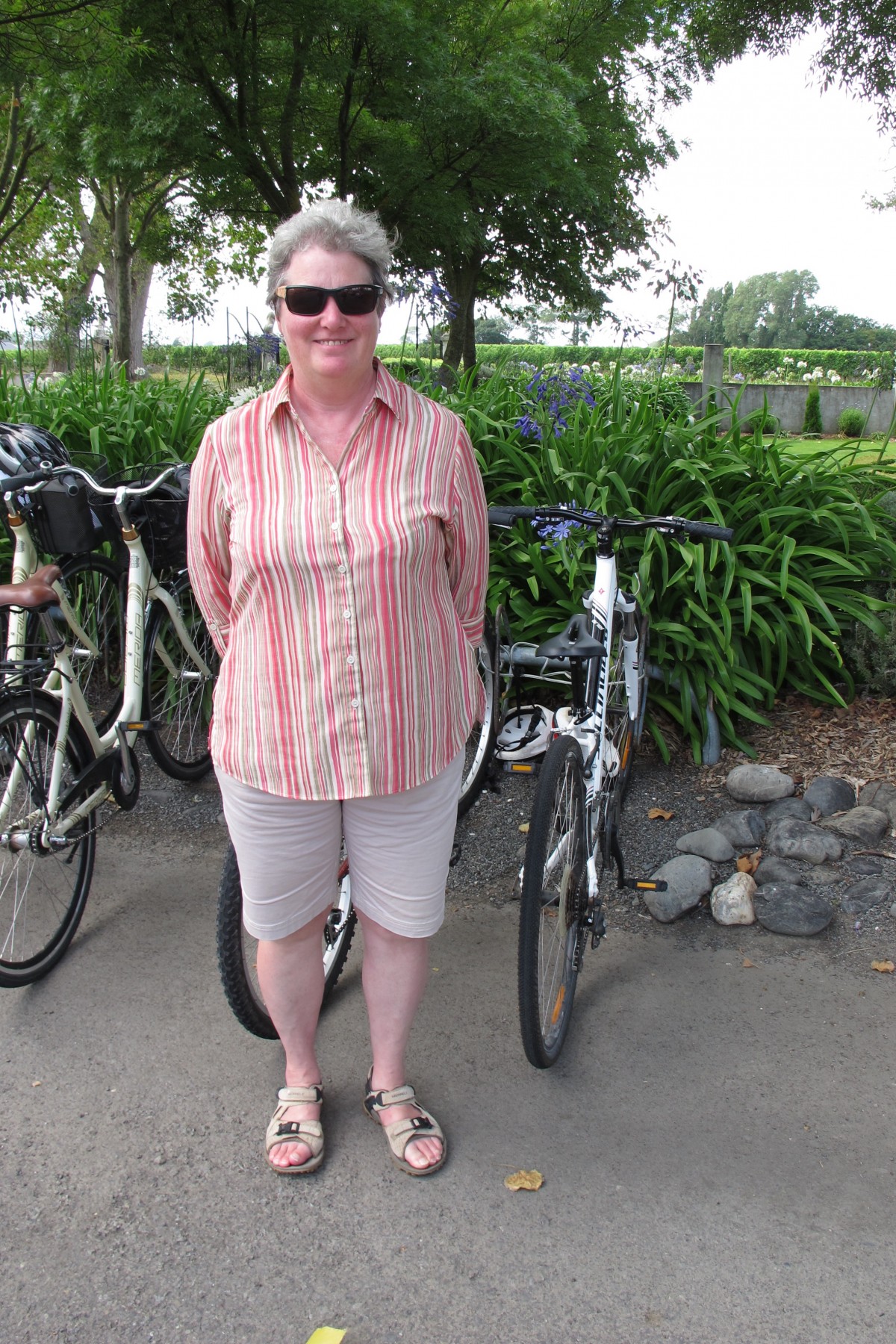 Our stay in Renwick was planned to allow us to tour some of the vineyards of the Marlborough region. We had booked the bikes belonging to the B&B and so, in the morning, we made their acquaintance. They were very like what we have at home, off-road capable with front suspension. They didn’t have gel saddles as fitted to Jane’s bike at home. Once we got going we also discovered that the brakes on the bike Jane was using were only just adequate.

We had been given a couple of maps showing the local vineyards and, guided by my acute sense of direction we set off confidently towards Alan Scott which an American couple who were also staying in the B&B had recommended very highly. Having cycled for twenty minutes or so without meeting a road which was named on the map I was prepared to accept that Jane’s nose for the ground, acquired through many years of riding over Dartmoor, was probably correct. This was confirmed when we hit a road which the map said would take us across to where we wanted to be.

The weather was hot and humid so we pulled into a cafe complex which indicated that it had bike hire facilities. This could be the opportunity to get a key and adjust Jane’s bike breaks. Unfortunately the bike hire was shut but it did give us a pit stop and a bit of a rest.

We then rode for several kilometres along SH62 which was slightly unnerving with vehicles passing, even if there was a good hard shoulder for us to ride on. Turning down the road towards Alan Scott it was another two kilometres before we reached our destination. 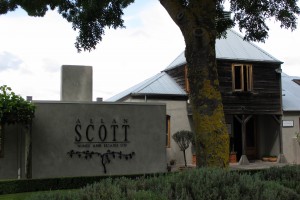 We had timed things pretty well. Just in time for a wine tasting session before lunch in the attached restaurant. We tasted (free) the cave’s range of white and red plus a couple where the winemaker had let the wine lie on “innovative” materials (hops and chilli) to add flavour. Interesting! We bought a bottle of nice Pinot Noir for later.

Lunch was excellent. We then mounted up again and popped over the road to the 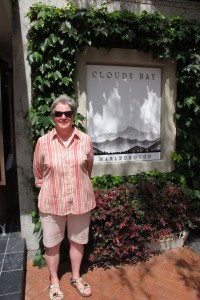 Cloudy Bay cave. This was much more commercial. There were three ranges to taste – standard, better, and upmarket, priced accordingly. We went for the middle range and enjoyed them but didn’t buy. Majestic stock them.

We now had to get back to the B&B. We hadn’t drunk anything like enough wine to numb the nether regions against saddle ache. The weather was still hot and we were getting tired so we decided against further wine tasting and peddled back with fairly frequent rest stops. As we left CloudyBay we passed the Moa brewery which is part of the Alan Scott operation.

When we looked at the satnav we found that we had covered about 20 kilometres. We felt like it so we had a shower and rest before retiring to the Cork and Keg for a pizza.

This is the return cycle route.  We rode a very similar one out.